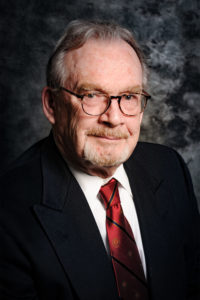 Dr. Arthur Allen has over 45 years of experience as an ophthalmologist. He is one of the few ophthalmologists who focuses on both retinal diseases and laser cataract surgery. His special interests include the treatment of diabetic eye disease, macular degeneration, retinal detachment, and cataract surgery and its complications.

After finishing his two-year commitment in the USAF, he was honored to be chosen to be a Heed Fellow in Retinal and Vitreous Diseases and Surgery at the Bascom Palmer Eye Institute, University of Miami, Florida. This was an exciting year as vitrectomy surgery was just being pioneered.  He had papers published on giant retinal tears, pseudophakic macular edema, and pseudomolecular holes.

After completing his training, he became an Assistant Professor of Ophthalmology at the University of Southern California Doheny Eye Institute. He spent two and a half years in Los Angeles in charge of the retinal service, before moving to San Francisco and joining the practice that has grown into the present day Pacific Eye Associates (PEA).

Dr. Allen has volunteered internationally with Project Orbis in Trinidad, Senegal, Singapore, India, Jamaica, and China on five different occasions.  During these missions, he has shared retinal surgical techniques with the local ophthalmologists with the goal that these techniques could be used to treat future patients.

In 1987, he was one of the founding Directors of the Ophthalmic Mutual Insurance Company (OMIC), a small medical professional liability insurance company for members of the American Academy of Ophthalmology (AAO). He spent nineteen years with OMIC as Chair of the Claims Committee, and ultimately as Chairman of the Board before rotating off the Board. During his time, OMIC grew to the largest insurer of ophthalmologists in the country.

For the past decade, he has served as the President of Pacific Eye Associates, Vice Chairman of the Ophthalmology Department at California Pacific Medical Center in San Francisco, and still serves as the President of the 2100 Building Board of Directors. He also has had the honor of being chosen to be an Associate Examiner for the American Board of Ophthalmology fifteen times. He has received the Honor Award and Senior Honor Award from the AAO and is a member of the AMA, CMA, AAO, the Macula Society, and Retinal Society.

Along with the doctors at Pacific Eye Associates, Dr. Allen works to provide great results for all patients.

Dr. Allen enjoys the outdoors and sailing.  He is an avid fly fisherman, gardener, and home chef.